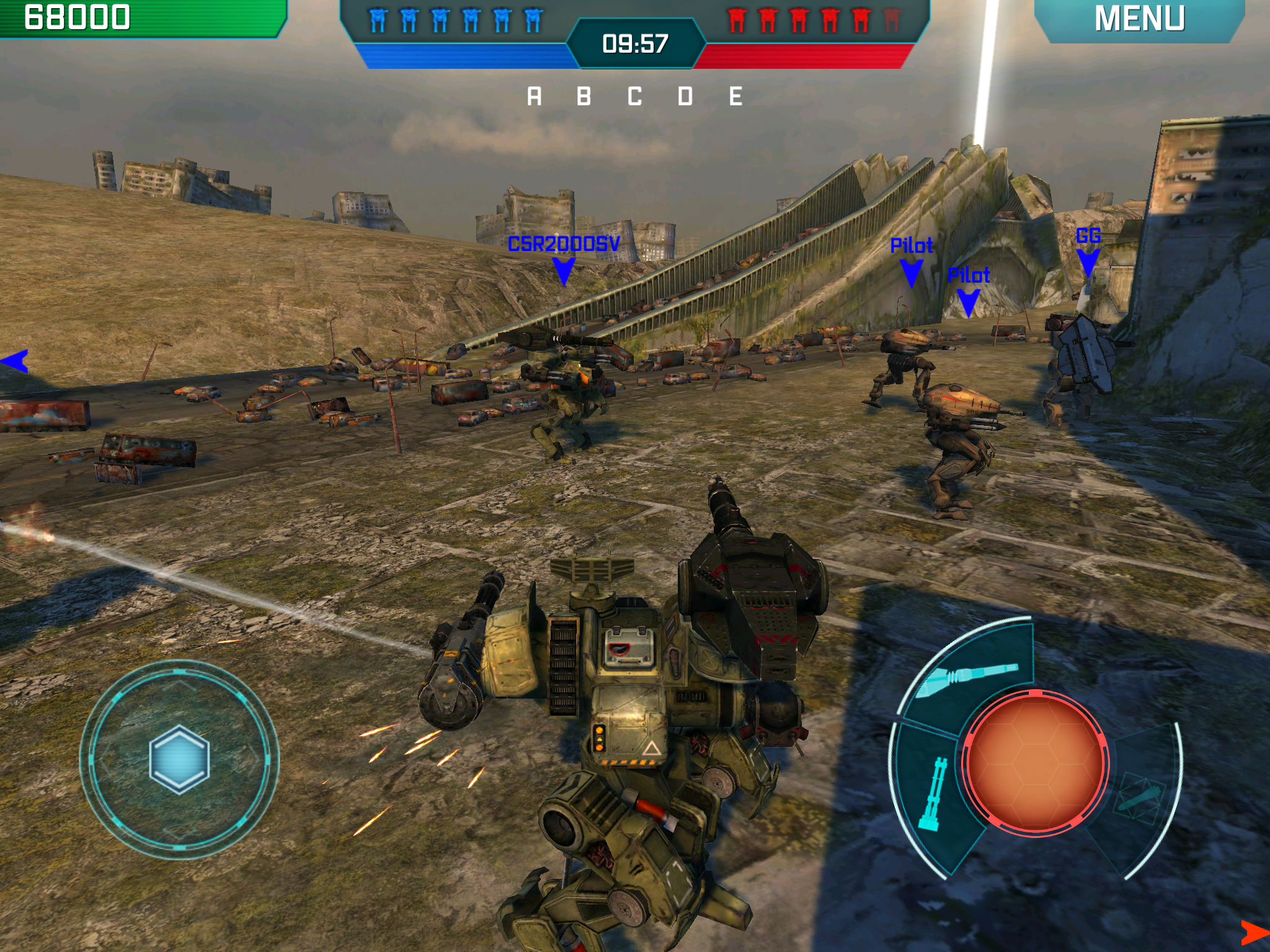 Like the tide of battle, my enthusiasm for Walking War Robots has ebbed and flowed throughout the week. But In spite of lacking variety in some areas, it’s a game that’s managed to keep me coming back, so far at least.

Stamping about in a giant metal mech and blowing up other robots is fun, especially if you have a pre-existing love of mech warfare. Which is why I’ve found myself still playing Walking War Robots (WWR) this week, even though the game is a little repetitive.

Firstly, let’s talk about maps. In particular the lack of maps. Despite not playing more than a few games a day, I’ve been fighting on the same three maps.
Over.
And over.

It’s all starting to feel a little like Edge of Tomorrow – but without the prospect of waking up to Emily Blunt every day. According to the WWR Wiki, there’s four maps available. But so far my heavy metal feet are yet to tread the snowy terrain of the Yamantau map. [Edit: Ok, I’ve now experienced Yamantau, but it still seems to be the least frequent map I’ve encountered in my first week.]

There’s also a lack of variety in the missions. Every mission is a team ‘control the beacons’ mission, with victory also granted if you manage to destroy all enemy robots. Oh what I’d give for a free for all arena battle. Or some small team battles. Or just something else now and then to mix things up a bit.

And yet, despite these limitations, I’ve come back to WWR for a few battles each day. At about ten minutes a match, it’s easy to quickly dip in and out of the game. Being randomly assigned a team for each match also avoids the hassle of organising people to play at a specific time, and a lot less guilt if you do happen to need to drop out of a match early.

I’m still learning the best tactics to use when fighting with different mechs and armaments, which is helping to hold my interest. If you want to last the full eight minutes, it really pays to give some thought to the best way to fight with your chosen war robot and its arsenal.

Of course, the lengthy times taken to upgrade various weapons also helps drive repeat ‘play’. If you can call logging in simply to kick off a new weapon upgrade ‘playing’.
A week in and the limitations of this game are obvious. Yet back I go day after day for a couple of rounds of metal on metal mayhem. A fortnight or a month from now it may not have the same day in, day out appeal, but I can imagine it being one of the games I pick up when I want a quick hit of multiplayer fun.