Over the weekend, I took a look at the new trailer for Star Wars:Rogue One, and it looks great. Star Wars is a well worn universe, which comes with its own set of tropes. With that in mind, I’m willing to tolerate a certain amount of cliches in order for it to feel like a Star Wars movie. Of course we’ll have to wait until December to see how good it actually is, but I did pose the question on Facebook – “what if the best Star Wars movie turns out to be one of the side stories and not one of the chronicles?”

The next question of course is whether we could be heading for a Rogue One tie-in for Battlefront?

Battelfront made its “Battle of Jakku” map available in the lead up to the launch of “The Force Awakens”. Looking at the DLC schedule for Battlefront, there’s a couple of opportunities to give Battlefront players a taste of the Rogue One action. 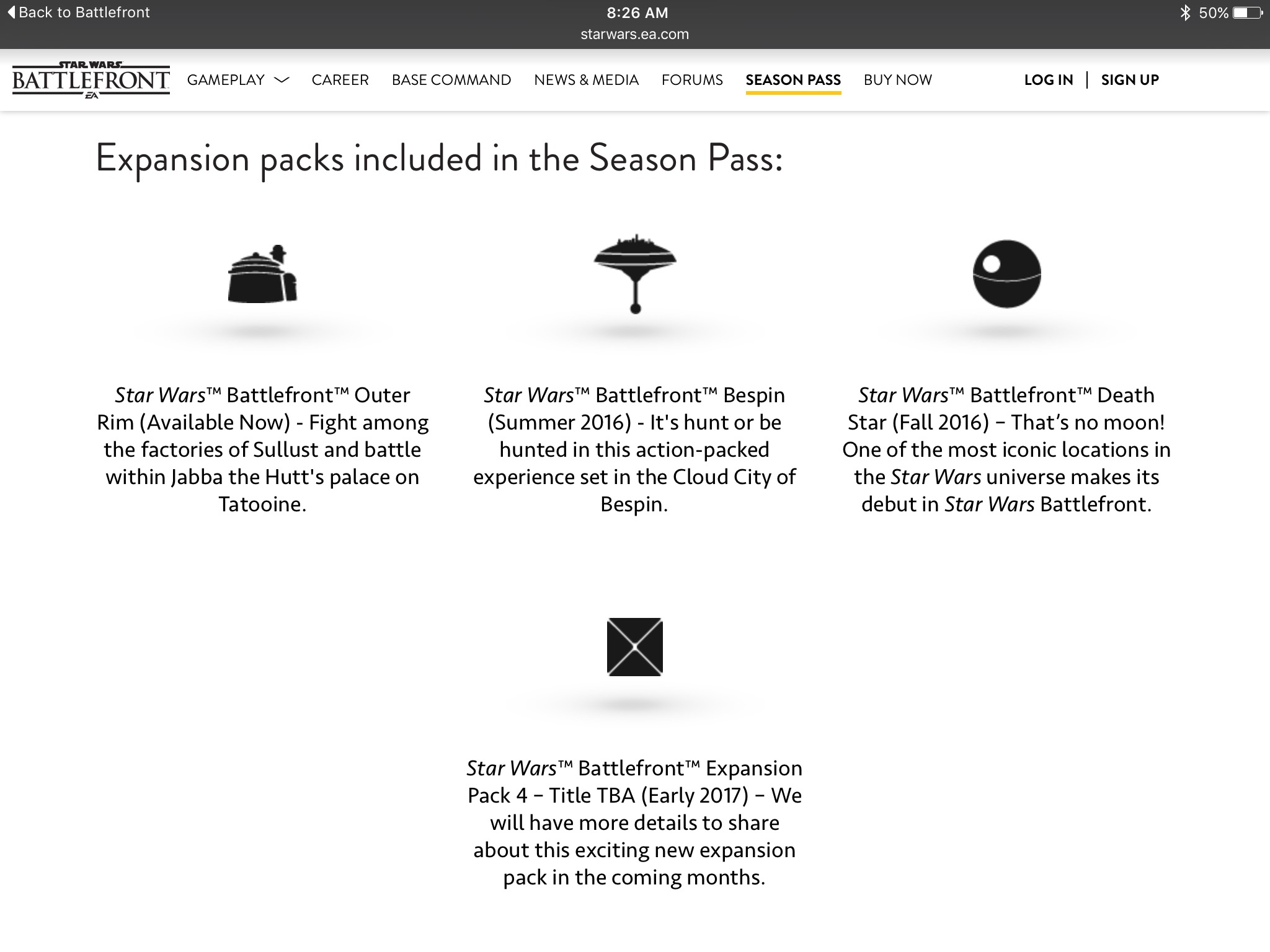 Firstly, there’s the Fall 2016 release of the Death Star expansion. Given what we know about the Rogue One plot, a tie-in with some of the Death Star maps would seem a possibility. Giving Battlefront players a chance to explore previously unseen parts of the Death Star, ahead of the movie, would be a nice reward for Season Pass holders.

The second opportunity is the yet unnamed expansion pack scheduled for early 2017. It’s possible this is a Rogue One tie-in they’re trying to keep under wraps until closer to launch. Bringing this forward to drop in Winter 2016 would keep with the one expansion per quarter schedule, and also align to the Rogue One movie release. The Rogue One movie, plus a Battlefront expansion, would be a fantastic holiday gift for fans.

Of course it’s all speculation on my part. But the opportunity is certainly there to bring the movie and game together that way. What do you think?