The marketing department assigned to Star Wars is probably as large as The First Order, and merchandise is a big part of Disney’s plan for galactic domination. So  it’s no real surprise we have a new Lego Star Wars game to go with the latest movie.

Most serious Star Wars fans by now will have seen ‘The Force Awakens’. By June, those who are content to watch it at home on DVD will probably have had their chance to see it too. That means by the middle of the year, the plot of ‘The Force Awakens’ will be as well known as the weak spot on the Death Star. Throw in the bonus of most US schools being on vacation, and June 2016 seems a reasonable time to launch Lego Star Wars: The Force Awakens.

Retelling the Star Wars stories with their signature quirky humour, the Lego Star Wars games are among the most played games on our XBox 360.  Jetite has conquered all the existing games, and unlocked a staggering amount of characters – including  Indiana Jones. The Lego Clone Wars game was also our first attempt at playing something like an RTS against each other.

As a parent, the Lego Star Wars games have a lot going for them.

Which brings us to the trailer for the new game. It really does suggest the latest instalment to the Lego Star Wars franchise will be sticking to the formula they know works – poking fun at the movie.

But what about Disney Infnity? Isn’t there a Force Awakens game for it too?

Yes, indeed there is. 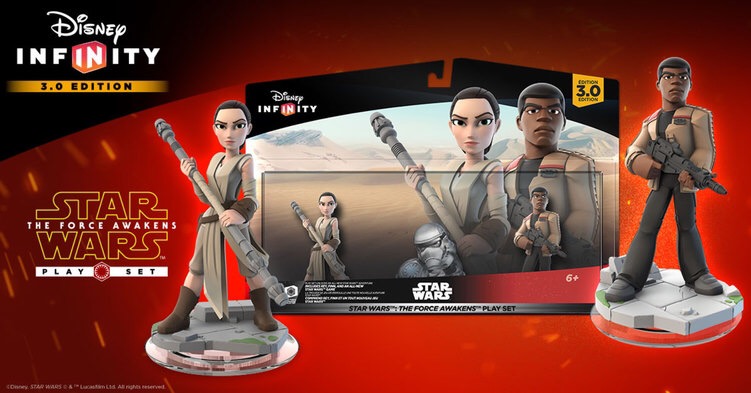 And I’ll admit to being a little surprised to see two games going after what I assume will be pretty much the same market.  I can only assume that when Lego rocked up with a bag full of money to buy the licence for the latest game, Disney felt confident they wouldn’t be cannibalising their Infinity product.  It’s even possible the  June 2016 launch for Lego was imposed by Disney, creating a six month window in which Infinity ‘Force Awakens’ could promote itself without competition.

When Lego finally launch in June, Star Wars buzz will be well past its peak. It’s going to be interesting to see if the strength of the Lego brand, and the legacy of its previous Star Wars games, will be enough to make the game a commercial success.